Red Snow was the creepily poetic codename assigned to a UK version of a US designed one-megaton thermonuclear warhead, developed in the late 1950s and deployed in Yellow Sun Mk.2 freefall/gravity bombs. Approximately 150 may have been manufactured in total and each piece in this work represents a single bomb complete with its Red Snow warhead.

Arguably, precision was not necessary given the initial blast of a one megaton device would immediately destroy an area of approximately 80 square miles. As such, the installation process of this work requires the ‘bombs’ to be dropped from height and allowed to fall to the ground as dictated by the ambient conditions. Further movement and potential physical entanglement are possible as you are openly invited to walk over and in amongst the work and potentially expand the destroyed and contaminated area.

Although it is not clear to what extent the Red Snow warhead design was subject to testing, this work reflects on the sheer effort, resource, scientific and technological precision contained within the development, manufacture, and deployment of nuclear weapons, contrasted with their intended use as weapons of instant and mass destruction. 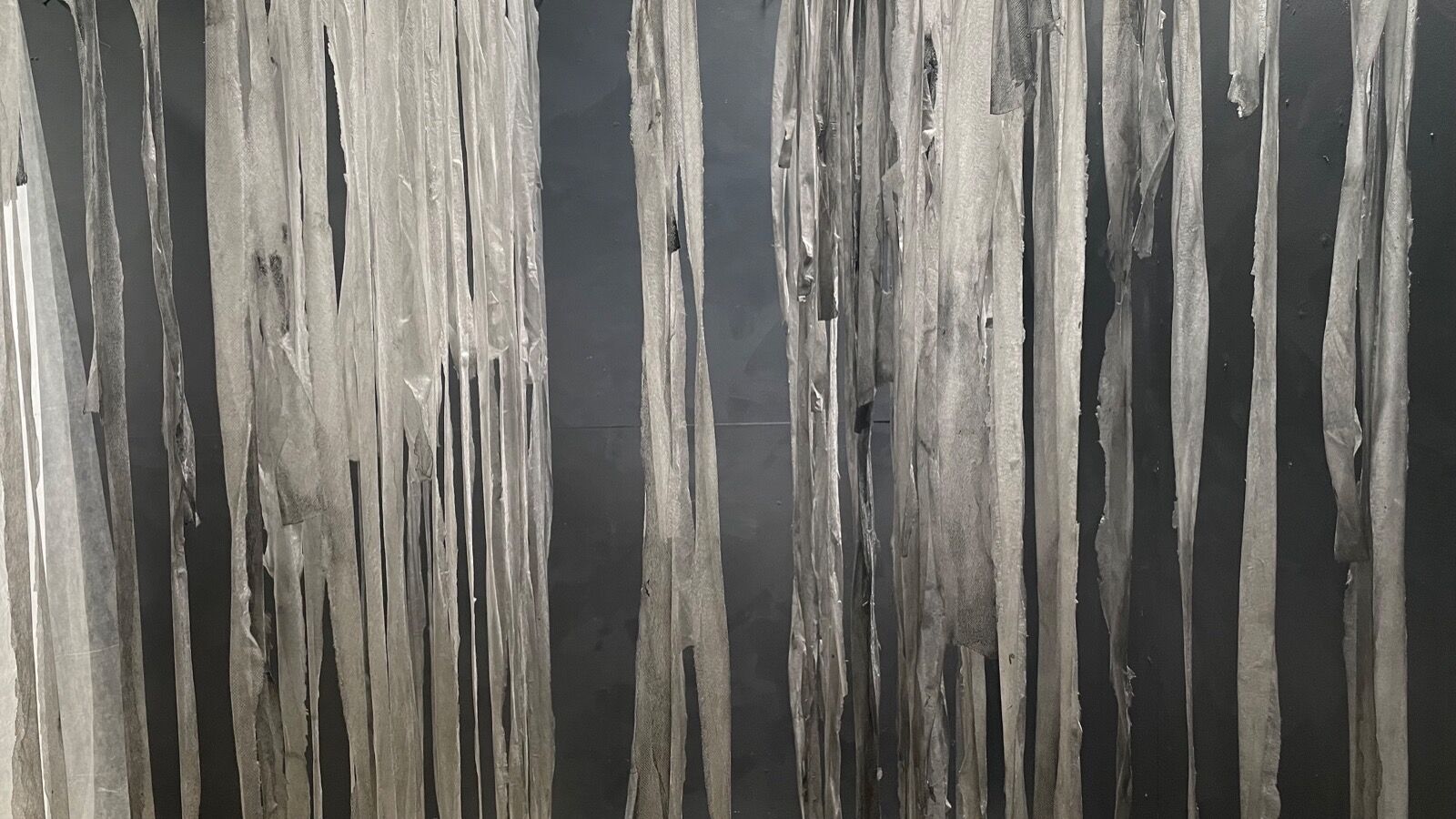